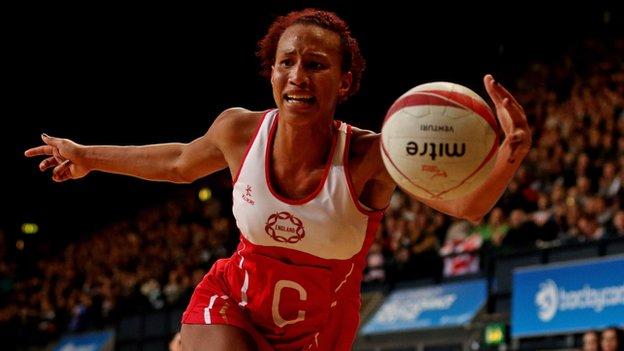 England beat South Africa 53-41 in Worcester to seal a 3-0 success over the Proteas.

The hosts, whose victory at Wembley on Wednesday had already secured the series, were again in dominant form against their lower-ranked opponents.

They were barely troubled, scoring six unanswered goals in each of the first two quarters to go in 30-16 up at the break.

The Proteas rallied in the last quarter but England maintained their lead.

"I'm disappointed we lost the last quarter. One of our objectives for the series was to win all quarters of the three games," coach Anna Mayes told BBC Sport afterwards.

"We went 20 goals ahead and although we made changes, some basic errors crept in and let our concentration go.

"But it was fantastic to get people out in various combinations and build on that for the future.

"We are on track and it is important to keep the winning mentality but we still have plenty to work on ahead of the Commonwealth Games."