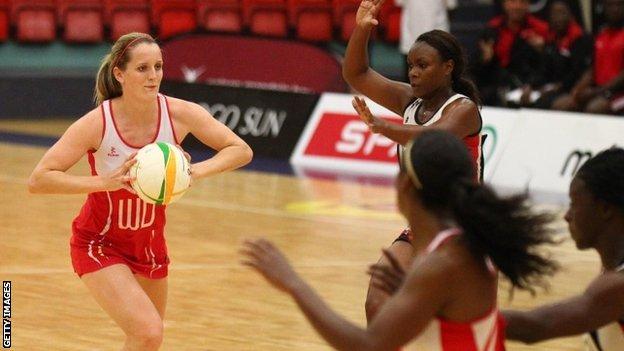 It was a second win in successive days for England, who beat South Africa 49-39 in Wednesday's opening match.

They were quickly ahead against Trinidad & Tobago, racing into a 10-0 lead, as they took charge of the match and led 30-10 at half-time.

England have beaten South Africa in their last four encounters, including a 3-0 series win in September.

South Africa defeated Trinidad & Tobago 47-30 in the opening match of the tournament on Tuesday.