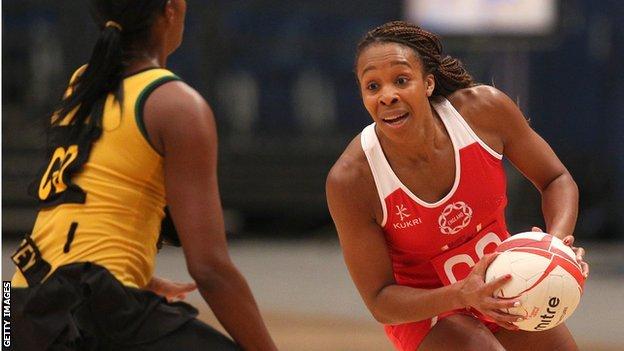 Injuries have forced Jamaica to pull out of Tuesday's Tri-Series match against England at the Crystal Palace National Sports Centre.

The game was moved from the Copper Box Arena because of floor damage at the Olympic Park venue.

Jamaica, who lost to England A on Monday, only have six fit players from an initial squad of 12.

"Every possibility has been looked into for still staging the international," an England Netball statement read.

"Unfortunately the fixture cannot be fulfilled."

England, ranked third in the world, beat Jamaica 46-38 at Wembley Arena in their first match on Saturday, but suffered a 49-32 defeat to New Zealand on Monday night.