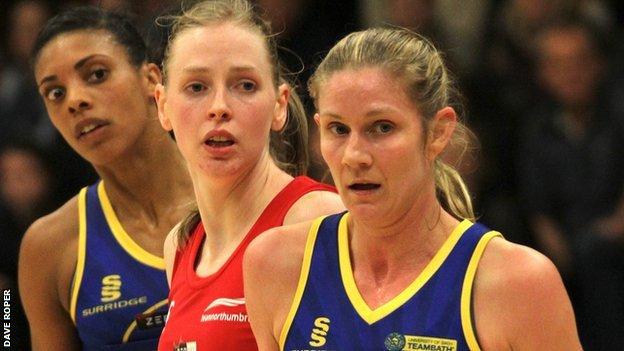 Team Bath started their defence of the Netball Superleague title with victory over Team Northumbria on Friday.

This year, the two-tier system has been scrapped and the competition returns to its original one-stage format.

The season runs from January to April, with Team Bath looking to claim their sixth title in nine years after last year's 62-56 grand final win over Celtic Dragons.

New Zealander Becks Jury put in a standout performance for the Storm in an even contest in Lancashire.

Speaking after their home win, Team Bath captain and England international Serena Guthrie said: "I was really pleased with the girls.

"We finished it off well and that will give us some momentum going into next week. There are some things that we can work on and it's the beginning of the season so we have time".

Coach Jess Thirlby added: "Respect to Northumbria. They played well and we knew that they would be a slicker outfit than previous sides from that franchise."