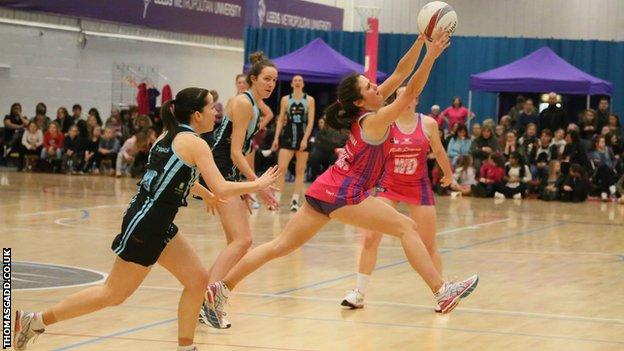 Surrey Storm beat Yorkshire Jets 66-44 in Hull on Saturday to move top of the Superleague standings after round two.

The visitors held the lead in three consecutive quarters and although the Jets took the final period 17-15, it proved a mere consolation.

Hertfordshire Mavericks also made it two wins from two with a 42-28 victory over Loughborough Lightning.

Storm will have the chance to extend their lead at the summit of the table when they face Bath at home on Monday.

Round three also sees Yorkshire host Northumbria, while the Mavericks face Manchester at home and Loughborough travel to Wales to face the Dragons.