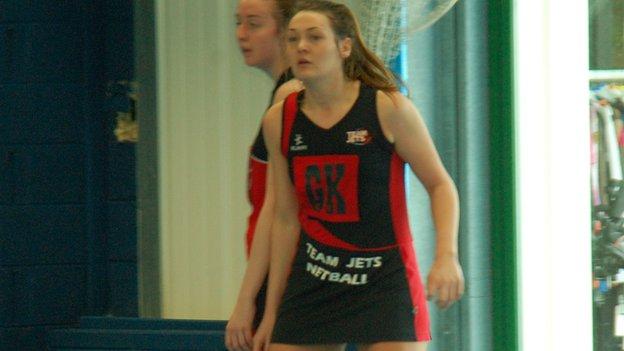 Jets are unbeaten during this campaign, winning all 12 of their South West Regional League One matches as they push for a place in the end-of-season play-offs.

Last year they missed out on top spot by a single point.

"We know we are able to step up to the plate in Premier Three," said Devine.

"It's just having that consistency to take us through to the end of the season to get to that final goal.

"I'm sure that when we get there we can do the job we need to do there as well."

Despite their unbeaten run, the Jets lie second in the table, again just one point off top but with a game in hand on leaders Poole Aquarians.

The current top two are scheduled to meet in Bournemouth on the final day of the league campaign, in a potential winner-takes-all match.

"We never take any fans away with us but we're starting to talk about taking several of the Jersey fans away," Devine told BBC Radio Jersey.

"It should be huge. It comes down to who is going to want it more, and I think that's going to be us."

Only the league winners will go into the promotion play-off with the winning teams from the other regions and the bottom three in Premier League Three.