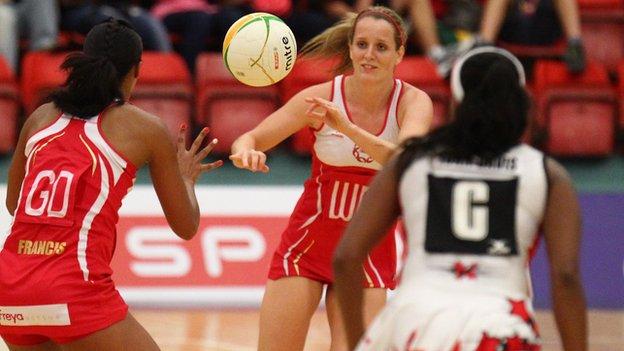 Sara Bayman has been named as captain for England's May tour of Australia, which will build up to this summer's Commonwealth Games in Glasgow.

The Manchester Thunder mid-courter takes the armband from Pamela Cookey, who will not travel because of training plans and other commitments at home.

England will play state sides, as well as teams from the Australian Netball League and ANZ Championship.

England, coached by Anna Mayes, are ranked third in the world.

New Zealand and Australia, ranked first and second respectively, are England's main rivals at the Commonwealths, which start in July.