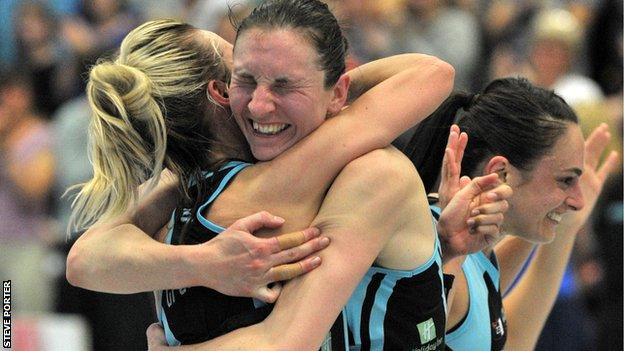 Storm, unbeaten all season, trailed Hertfordshire Mavericks by five points at half-time but turned it around to win 52-42.

Manchester head coach Tracey Neville said after their win over Bath: "In the second half we were relentless in pressuring Bath down the court, we got behind the ball and pushed them up court. Our key points were possession and reducing errors, and we were clinical in finishing.

"I think today we got what we coach in training, and all credit to the girls for that. They can enjoy the moment for now but we will need to reign them in, we've got a final on Saturday."

Surrey player-coach Tamsin Greenway told Sky Sports: "I must admit I had my doubts today but I said to them at half-time 'there's nothing to lose now, it's live-or-die, you've got to go out and just give it your all and you've got to believe'.

"I knew tactically we'd got the right thing if we could pull it together. And finally in the second half we got it right defensively and attacking-wise."