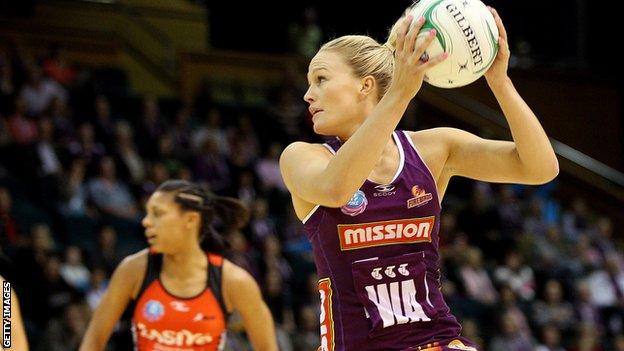 The 26-year-old, who can play at goal attack, centre and wing attack, has signed a one-year contract.

She is currently taking a break from the sport to pursue a career in boxing.

Locke, 25, was due to join Salford at the start of the 2015 season on a three-year contract, but was released early from his contract at New Zealand Warriors and made a try-scoring debut for the Super League side at Huddersfield on 5 July.

Sydney-born Pitman, who was part of the Australia squad that were crowned world champions in 2011, said: "I am extremely excited about joining the girls at Manchester Thunder and challenging myself to learn a different style of netball.

"It is a new chapter for me in a new country with a new team. I just can't wait."

Coach Tracey Neville added: "To recruit a world championship gold medallist to Manchester Thunder's squad for this coming season will, no doubt, bring a lift to the girls."