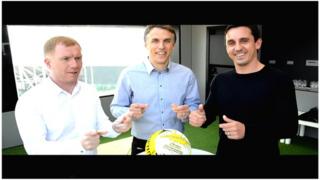 The Black and Yellows, coached by the Nevilles' sister Tracey, play their Superleague semi-final against Hertfordshire Mavericks at the Manchester Arena on Saturday, 18 April.