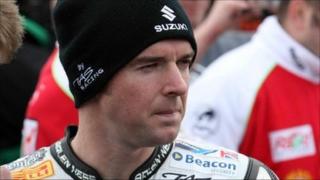 Carrickfergus rider Alastair Seeley tells of his delight after winning the British Supersport title and outlines his hopes for next season.

Seeley won the final race of the championship at Brands Hatch to edge out Ben Wilson by one point.