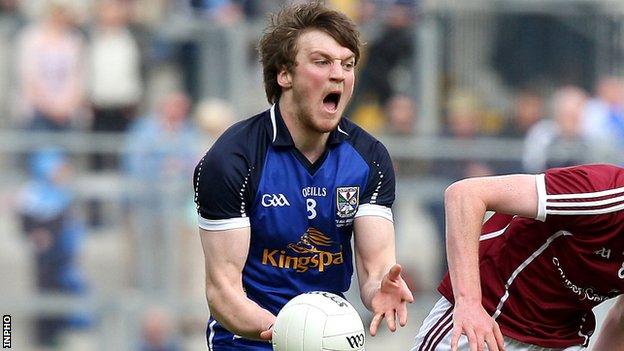 Cavan earned their first win of the Division 3 Football League campaign as they beat Sligo at Breffni Park.

Martin Dunne and Gearoid McKiernan were among Cavan's star performers as they hit 0-4 and 0-3 respectively.

The sides were level at 0-2 apiece but Cavan hit eight unanswered scores to move 0-10 to 0-3 by half-time.

Colm Magee's helped cut Cavan's lead to three points with 15 minutes left but points from Dunne and McKiernan ensured that Val Andrews' Breffni side held on.

However, Dunne, Kevin Meehan, Brendan Fitzpatrick and Niall Smyth were among the scorers are Cavan hit eight without reply.

Colm Magee ended Sligo's scoring drought before the break but Cavan were still seven up at the interval.

Points from Robert Maloney-Derham and David Givney extended Cavan's lead to nine as something of a rout looked on the cards after the break.

However, Sligo responded by hitting an unanswered 1-4 including Magee's 53rd-minute goal.

Cavan were looking a tad nervous in the closing 10 minutes but late points from Dunne and McKiernan ensured that they held on.