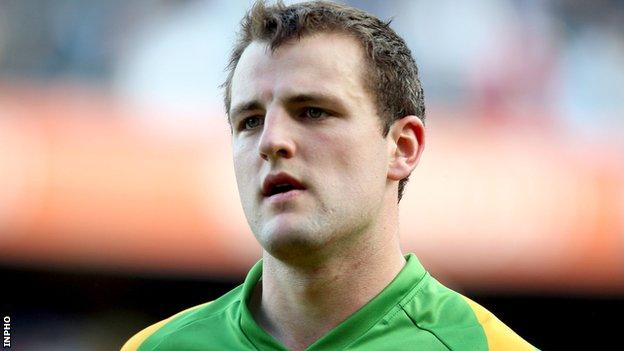 Michael Murphy's return to action helped Donegal pick up their first points of the Division 1 Football League campaign as they held off Cork.

Murphy struck Donegal's goal after only 15 seconds and they led 1-2 to 0-4 after a scrappy first period.

Cork moved a point ahead early in the second half but Donegal hit five straight points to earn a deserved win.

Murphy's move to midfield helped Donegal take control and he top-scored with 1-3 for the winners.

Colm McFadden and Frank McGlynn were also among the Donegal scorers.