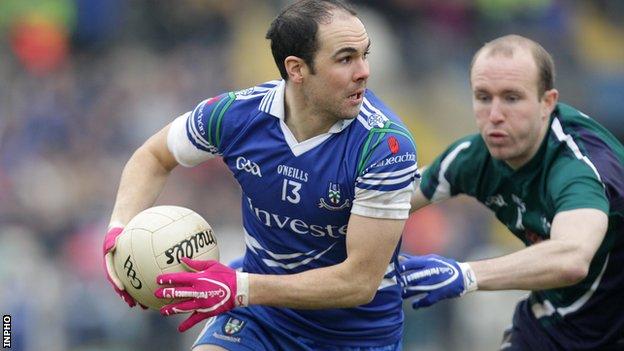 Monaghan remain in the relegation mix in Division 2 of the Football League after losing against Westmeath.

Westmeath lead 0-6 to 0-3 lead before Chris McGuinness netted for Monaghan.

But Westmeath struck back with a goal of their own as a looping Kieran Martin shot deceived Mark Keogh as they led 1-10 to 1-6 at half-time.

Monaghan cut Westmeath's lead to three before being hit by Colin Walshe's sending off and despite Paul Finlay's goal, the home team deservedly held on.

Westmeath were boosted by the late addition of Denis Glennon while Monaghan were minus Tommy Freeman who failed a late fitness test.

McGuinness levelled with Monaghan's first goal as he netted after the ball had come back off the woodwork.

However, Martin's goal put Westmeath back in the driving set as they moved into a 1-10 to 1-6 lead by half-time.

Monaghan trimmed Westmeath's lead to three points after the break but then suffered a blow when Walshe received his straight red card.

After going six points in arrears, Monaghan showed some spirit to net a second goal with Paul Finlay hammering low to the net but Westmeath were never in danger of being caught.

In the tight Division 2, Monaghan and Westmeath are level with Derry and Meath on four points after five games with Louth propping up the table on three points.