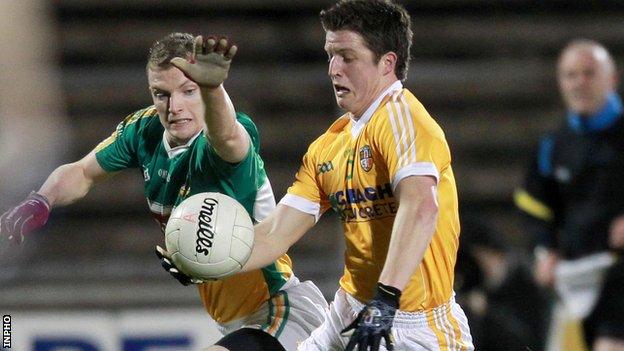 Antrim suffered a second straight Division 3 defeat as they were dealt a four-point defeat by table toppers Longford at Pearse Park.

Mark Sweeney hit the opening point of the game for Antrim but Longford soon took control as they forged a 0-9 to 0-3 lead by half-time.

Tomas McCann's penalty cut the margin to only two but the home side held on to maintain their 100% record.

Longford need only one more point from their two remaining games to be guaranteed promotion.

Wexford are in second spot on eight points with Roscommon and Antrim still in with promotion chances on six points.

The Saffrons face Wexford next weekend.