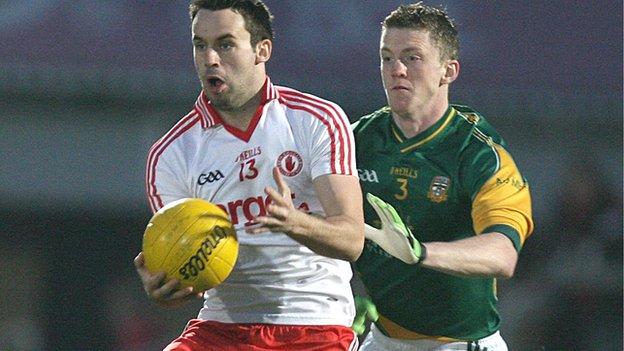 Tyrone enjoyed another easy outing in NFL Division Two with this comfortable victory at Healy Park.

Stephen O'Neill fisted in the only goal of the game after five minutes as the hosts took an early grip of affairs.

Tyrone were 1-6 to 0-3 ahead at half-time with Sean Cavanagh and Kyle Coney among the scorers.

The Ulster side surged clear and Meath's Kevin Riley was sent-off for two yellows on 50 minutes as Tyrone made it six wins from six matches.

"We learnt we need to be more proficient in front of goals although when Meath lost their man it was difficult not to become complacent."