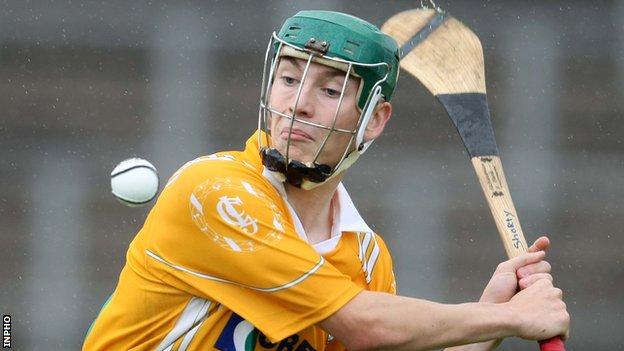 Shiels, who scored two points as a sub against Offaly last weekend, will partner Karl Stewart at midfield at Casement Park (14:30 BST).

Conor Carson is drafted into a Saffrons side which is again without its Loughgiel contingent.

Laois are without injured John Brophy and Neil Foyle.

Brophy suffered a broken hand in last weekend's defeat by Clare while Foyle has an elbow injury.

Antrim impressively won their opening game against Wexford but have since suffered defeats at the hands of Clare and Offaly.

Laois have lost their three opening matches and need a win over the Saffrons to keep alive any hopes of avoiding relegation.