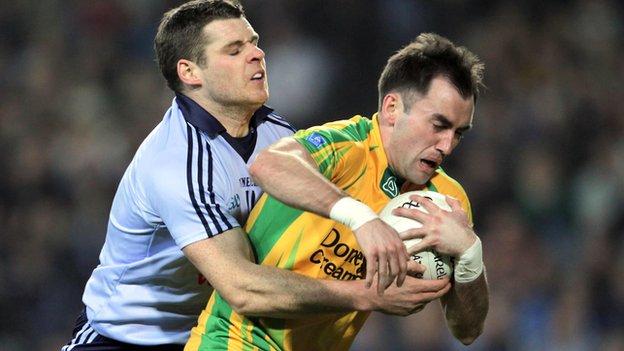 The Dubs dominated the first half but Donegal stayed in touch and trailed the hosts 0-9 to 0-5 at the break.

Dublin pulled clear after Murphy was forced off with an injury and Bryan Cullen and Diarmuid Connolly added late goals.