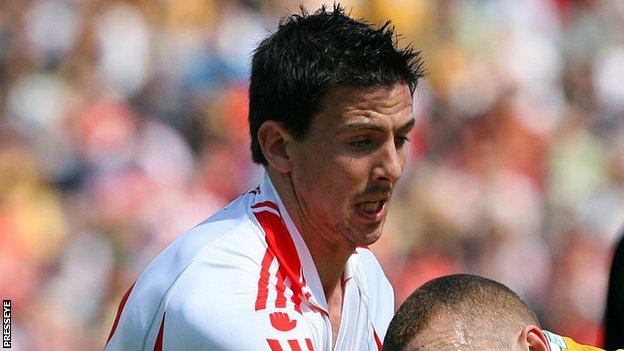 Suspended Tyrone defender PJ Quinn has been given a partial reprieve, and is set to return for the NFL Division Two clash with Monaghan on Sunday week.

Quinn has had his ban reduced to one match, after a two-game ban was proposed by the Central Competitions Control Committee.

The Moortown man sought a hearing with the Central Hearings Committee, which cut the sanction in half.

Quinn was sent off against Galway and missed Saturday's win over Meath.

The corner-back received a straight red card in the win at Tuam on 18 March.

Victory for already-promoted Tyrone in the Healy Park game could sent Monaghan down to Division 3 although a number of permutations remain possible in the tight Division 2 relegation picture.

Monaghan are currently on four points alongside Meath, Louth and Westmeath with Derry also not safe on five points.

In the final round of games, Meath face Louth with Westmeath taking on Derry.