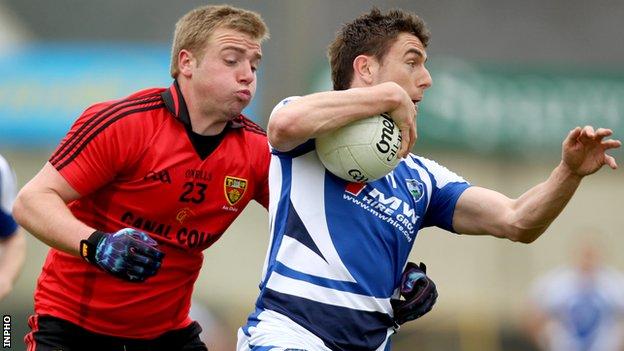 Down set up a Division 1 semi-final against Cork next week and consigned Laois to relegation by earning a deserved win at Portlaoise.

Conor Laverty's early goal helped Down take a three-point lead which remained the margin at the interval.

Benny Coulter's 45th-minute goal put the game beyond Laois' reach as Arthur McConville and Dan Gordon were among those to impress for the visitors.

However, Down lost Gordon to a hamstring injury in the second half.

The Mourne County had been forced to start without Danny Hughes who suffered a similar injury in training in midweek.

Coulter's knockdown set up Laverty's early goal for the Mournemen.

Colm Begley's point cut Down's lead to two after the restart but Coulter's goal effectively killed off Laois' hopes of remaining in Division 1.