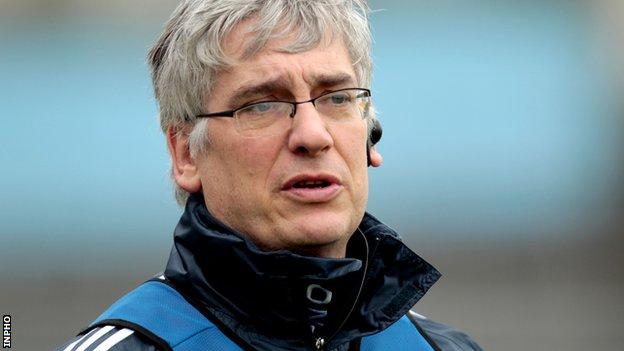 Cavan were fortunate to stay in Division 3 of the Football League despite their home defeat by Antrim at Breffni Park.

Aodhan Gallagher's 13th-minute goal helped the Saffrons lead 1-4 to 0-5 at the interval.

However, the contest was as good as over within 10 minutes of the restart as two James Loughrey goals were followed by another Colm Duffin goal.

Cavan's best forward Martin Dunne was stretchered off late in the game.

Despite Cavan's defeat, Tipperary's victory over Offaly means that the Breffni men avoid the drop to Division 4.

Antrim remain in Division 3 despite their win.