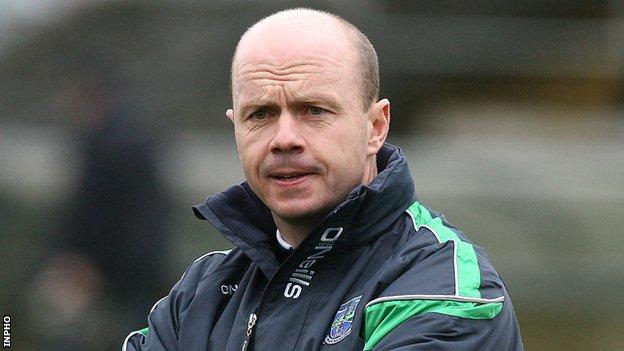 Fermanagh achieved their expected promotion to Division 3 of the Football League as they proved too strong for Carlow at Dr Cullen Park.

Daniel Kille hit four first-half points as the Ernemen forged a 0-12 to 0-2 lead by the interval.

Carlow hit four unanswered points after the interval and then reduced Fermanagh's lead to 0-13 to 0-9.

However, Fermanagh regained control in the closing stages with Tomas Corrigan hitting a late goal.

Corrigan slammed into the net from close range after his own penalty had been saved by the Carlow goalkeeper.

Kille finished with seven points for the Ernemen.