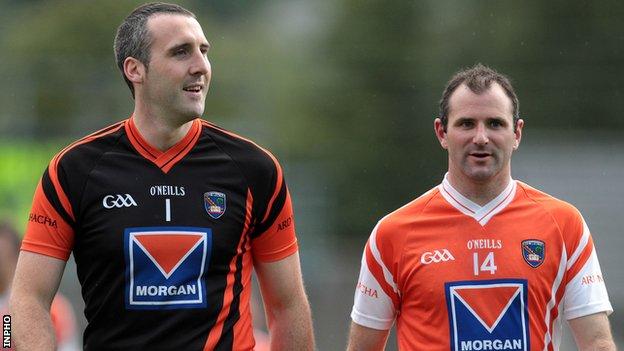 Armagh and Crossmaglen goalkeeper Paul Hearty has announced his retirement from intercounty football.

Hearty, 34, began his Armagh career 12 years ago and was understudy to Benny Tierney during the county's All-Ireland triumph in 2002.

It's the second high profile retirement from the Armagh squad in a week after Steven McDonnell's announcement.

"I would like to thank all current and former players who I have had the honour of play with," added Hearty.

"Also my family and friends who have backed me from the start, whatever had to be done."

Hearty assumed the Armagh number one spot after Tierney's retirement and has held the jersey for most of the last 10 years.

The Crossmaglen man won his sixth All-Ireland club medal recently and he will continue to play for the Rangers outfit.