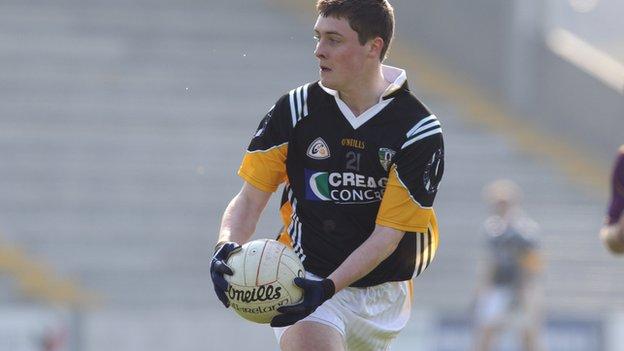 Antrim manager Liam Bradley will not be recalling CJ McGourty to the Saffrons squad for the Ulster SFC.

The forward recently returned to action for club side St Gall's after breaking a bone in a leg while playing for UUJ in the McKenna Cup in January.

However, Bradley believes McGourty is not fit enough for the championship.

"CJ McGourty is not part of our plans - as far as we would be concerned, he would not be capable of playing county football at the minute," said Bradley.

Antrim take on Monaghan in the Ulster SFC first round in Clones on 27 May.

English-based student Kevin Niblock will be the Antrim squad but a lack of games means he will not be a starter.

"We have to be sensible. He has played just one friendly for his club, and that was when St Gall's played against Slaughtneil a few weeks ago," Bradley told the Irish News.

Paddy Cunningham has recovered from a knee injury and is expected to be in the line-up to face Monaghan.