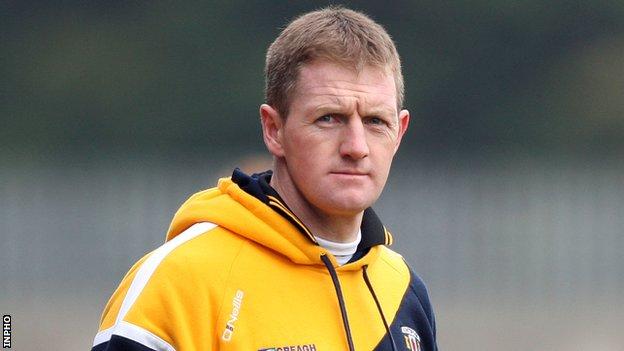 Gregory O'Kane has stepped down from his role as a selector to Jerry Wallace's Antrim hurling team.

The Dunloy man is reported to have quit the role because he is unable to give the necessary time to the role.

Manager Wallace has indicated that he will not appoint a replacement selector despite reports linking Jim Nelson with the role.

It's another departure from the Saffron squad after Loughgiel All-Ireland heroes Johnny Campbell and Joey Scullion opted out in recent weeks.

Dunloy man O'Kane has been involved with the Antrim senior set-up since joining the backroom team of former manager Dinny Cahill in the autumn of 2009.

Antrim will face Westmeath in their Leinster SHC opener on 19 May.

The Saffrons will play Kilkenny club Ballyhale Shamrocks in a challenge game on Saturday which will raise funds for Crumlin Children's Hospital in Dublin.

Henry Shefflin is expected to make his long-awaited return from a shoulder injury in the same game.

Antrim will then face Carlow in another challenge match on Sunday.