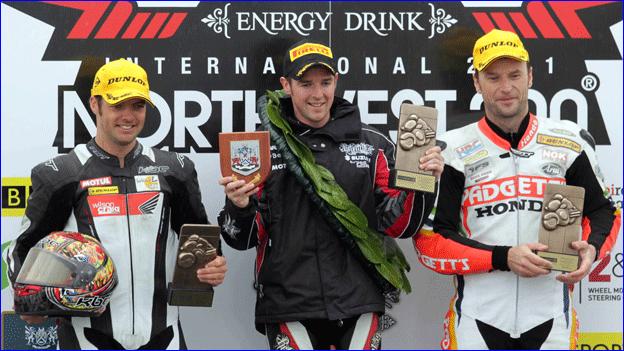 Carrickfergus rider Alastair Seeley hopes to continue his winning run when he lines up on the grid for the North West 200 this week.

The Tyco Suzuki rider has accumulated five victories in the past three years and looks a good bet to add to that tally as he competes in six races this time.

Seeley faces stiff competition from team-mates Guy Martin and Conor Cummins, who are both chasing their first successes at the event.

Michael Rutter, a 12-times winner, is something of a course specialist and should be a major contender on his Kawasakis, especially in the Superbike class, in which he has stood on the top step of the podium on nine occasions.

Ian Hutchinson returns to the event after an injury-plagued year and a half, but it remains to be seen how competitive the gritty Yorkshireman will be on his fleet of very fast Swan Yamahas.

John McGuinness is back at the event after a year's absence and is hungry for success on his specially prepared Hondas.

He is joined in the colours of the Japanese manufacturer by fellow Englishman Simon Andrews, who made a big impact in practice last year on his debut, before the abandonment of last year's races.

Brothers William and Michael Dunlop have yet to taste victory in a four-stroke race on the north coast but both will be confident of breaking their duck this time round.

Ryan Farquhar has three wins to his name, but has not stood on the top step since 2005, so he will be keen to add to his tally as he considers possible retirement at the end of this season.

His best chance of victory should come in the new Supertwins class, in which he has excelled at national road race level in recent years.