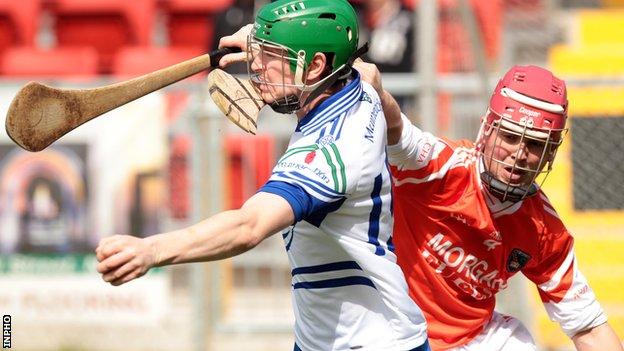 This year's Ulster Senior Hurling Championship will feature only four counties as opposed to the eight involved in the 2011 competition.

The competition will open on 17 June with Armagh facing Derry with the winners going on to face Down in the semi-final on 1 July.

The semi-final winners will take on Antrim in the final a week later.

Tyrone, Fermanagh, Donegal and Monaghan played in last year's competition but are not involved 12 months on.

Monaghan are currently playing in the Nicky Rackard Cup despite the controversy that led to their withdrawal from the Hurling League Division 3A final against Fingal last month.

County manager Mattie Lennon resigned after the Monaghan GAA Board refused to rescheduled a number of club football intermediate fixtures.

The club football matches were arranged for four days in advance of the Hurling League decider.

Former Kildare boss Morgan Lawlor has taken charge of the Monaghan team for the Nicky Rackard Cup campaign which starts with a game against Donegal at Clones on Saturday [14:30 BST].

This year's Ulster Championship will be launched in Belfast on Wednesday evening.