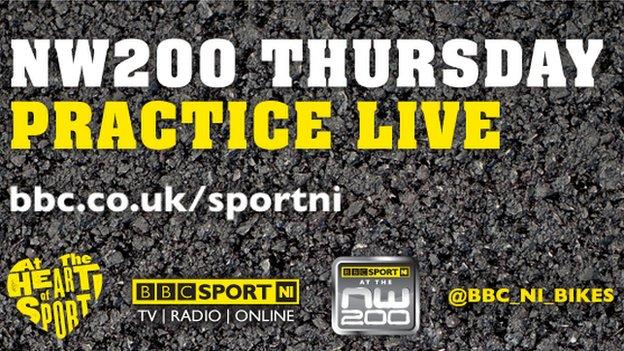 Alastair Seeley and Ryan Farquhar already have wins under their belts after success in Thursday night's Superstock and Supertwin races.

The North West 200, now in its 83rd year, attracts bikers and fans of road racing from all corners of the world to Northern Ireland's beautiful north coast.

Tens of thousands of fans will line the nine-mile circuit on the two race days to see the best riders in the world compete at speeds approaching 200mph. The BBC Sport website's extensive coverage of the North West 200 continues with live video streaming of the second practice session on Thursday morning.