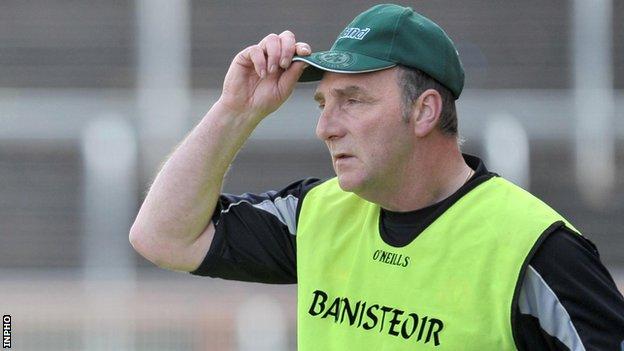 London held off a second-half Derry comeback to win 3-11 to 1-15 in the Christy Ring Cup quarter-final.

The Exiles led 3-10 to 0-7 at half-time and clung on as time ran out for Derry in the closing stages at Celtic Park.

Two goals from Luke Hand and a Martin Finn strike helped London lead by 12 points at the interval.

London join Wicklow, Down and Saturday's other winners Meath in the semi-finals of the competition.

The semi-final draw has yet to be made.