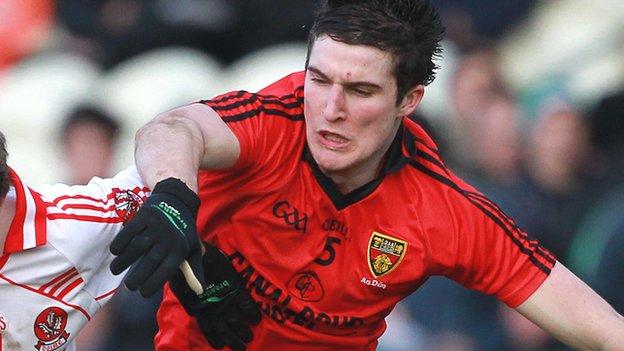 Down defender Niall McParland has been ruled out of the Ulster SFC quarter-final against Fermanagh after suffering a broken hand in training.

The former minor player, who was poised to make his championship debut in the 3 June game at Brewster Park, was injured after blocking a ball.

McParland could return in time for a possible Ulster semi-final on 24 June.

The Mourne team is already without experienced duo Benny Coulter and Dan Gordon because of injury.

Former All Star Coulter is recovering from a broken ankle while Gordon misses out with an ankle injury.

Fermanagh will be without captain Ryan McCluskey after he sustained a sinus cavity fracture in an accidental collision earlier this week.