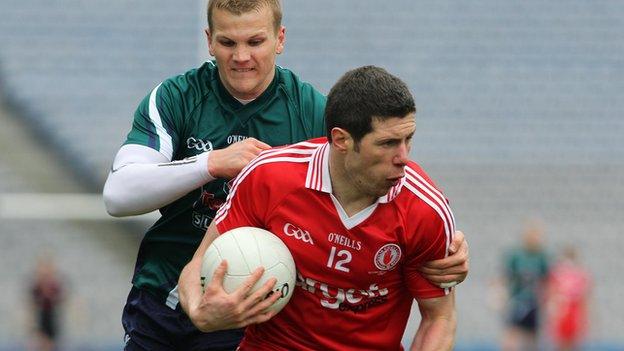 Sean Cavanagh could be a doubt for Tyrone's Ulster SFC opener against Armagh in two weeks after suffering a shoulder injury during a club game.

Four-times All Star Cavanagh was playing for Moy against Derrytresk on Sunday when he sustained the knock.

The Tyrone star had to have surgery on his shoulder late last year after suffering a detached tendon.

Tyrone are already without attackers Kyle Coney, Ronan O'Neill and Tommy McGuigan who are all long-term injured.

Davy Harte is also battling to be fit for the Armagh clash after undergoing surgery on his groin.