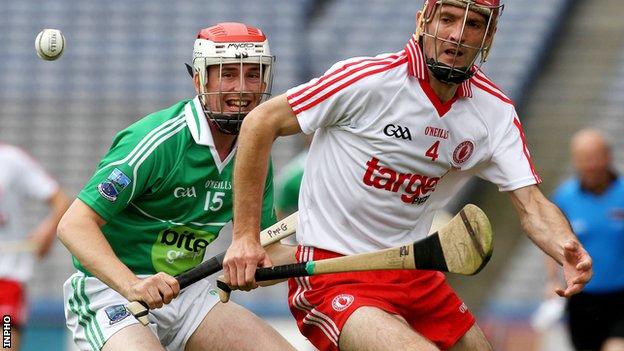 Armagh and Tyrone clinched victories in the Nicky Rackard Cup and Lory Meagher Cup finals at Croke Park on Saturday.

Two Declan Coulter goals and a Conor Corvan strike helped Armagh lead 3-13 to 0-8 at half-time and they held on despite Brian Corcoran's Louth goal.

Fermanagh led by 3-17 to 1-21 at half-time in extra-time, with Tyrone reduced to 14 men at this stage following the dismissal of half-forward Aidan Kelly.

The Erne County held a one-point lead with three minutes remaining as Sean Corrigan brought up his Fermanagh tally to 1-8.

But Tyrone dug deep to his two late scores to edge the win at Croke Park.

John Duffy hit 0-7 for Fermanagh with Declan McGarry and Shea Curran both notching 1-1 for the unlucky Ernemen.