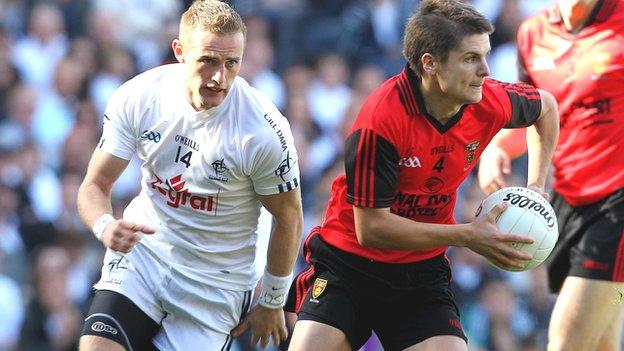 Down corner-back Damien Rafferty has called time on his inter-county career having failed to overcome a persistent groin injury.

The Newry Shamrocks clubman has announced that he will not play again for the Mournemen following advice from his surgeon.

Rafferty featured heavily in Down's run to the All-Ireland final in 2010.

The news will come as a blow to Down, who face Monaghan in the Ulster SFC semi-final in Armagh on 24 June.

Down manager James McCartan has further selection headaches ahead of the clash with influential forward Benny Coulter (ankle), Niall McParland (hand) and Dan Gordon (foot) all unlikely to feature.