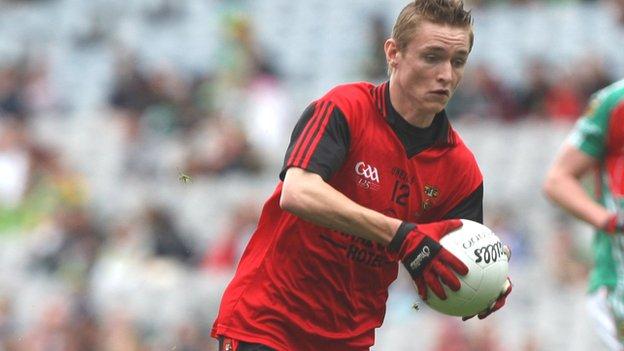 Former Down player Caolan Mooney is poised to make his senior Aussie Rules debut for Collingwood this weekend against Freemantle.

The 19-year-old has been upgraded from the club's rookie list after scoring five goals last weekend.

Mooney will play alongside Martin Clarke, another former Down player, for the table topping Melbourne side.

The teenager starred for Down minors and won the MacRory Cup and Hogan Cup twice with St Colman's, Newry.