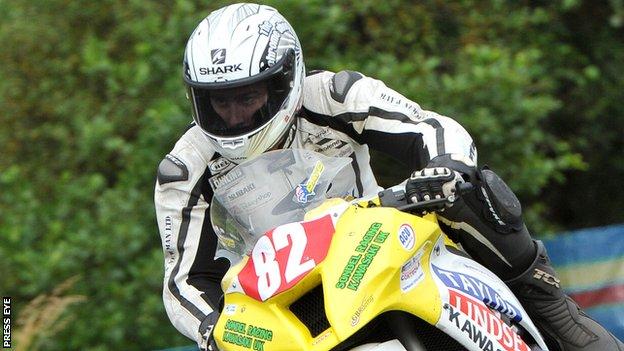 Australian rider David Johnson is to make a return to the Ulster Grand Prix bike week next month.

Johnson will compete for the Cookstown-based McAdoo Kawaskaki team in the 6-11 August event.

The Australian was fastest newcomer at the 2010 event as he lapped over 127mph at the world-famous Dundrod circuit.

"It will be exciting to see how he performs on the Kawasaki machinery. I rate David very highly," said clerk of the Dundrod course Noel Johnston.

The rider said he would be aiming to secure top-five finishes at the meeting.

"I really wanted to get into a good team for 2012 and show what I can do at Dundrod," said Johnson.

"I'm really excited to be on the McAdoo bikes and I can't wait to get started."

A number of former race winners have already confirmed their entries for the 90th anniversary event.