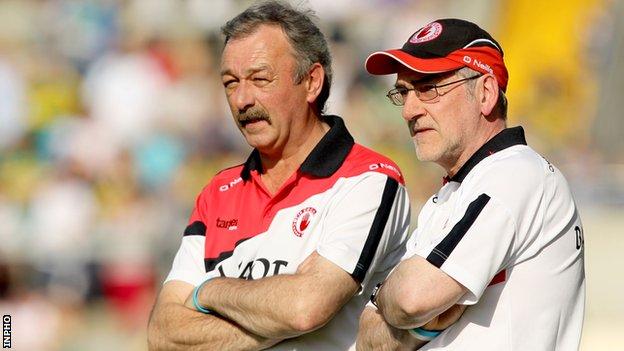 The Tyrone manager acknowledged that Kerry fully deserved their victory at Killarney but was far from happy with McGuigan's second-half dismissal.

"I've never seen a guy sent off for shouldering someone in the back," said the Tyrone.

"It was a hard enough day without having to deal with some decisions."

Kerry avenged the three Championships defeats by Tyrone over the last decade as they comprehensively defeated the Red Hands 1-16 to 1-6 in the All-Ireland qualifier.

Substitute McGuigan was sent off in the 57th minute after being on the field for less than 90 seconds.

The Ardboe man received his marching orders after appearing to aim a retaliatory elbow in the back of Declan O'Sullivan.