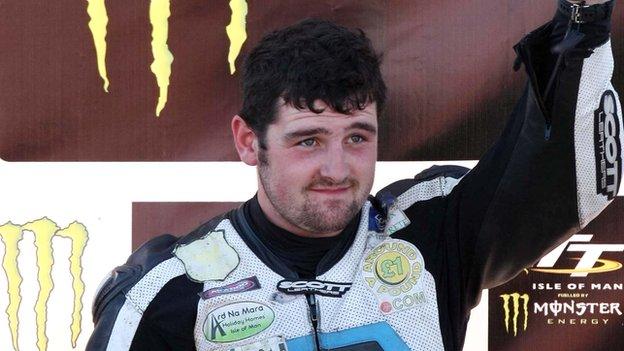 Michael Dunlop took victory in the main Superbike race at the Dundrod 100 but his win was overshadowed by a serious accident in the race.

Dunlop was leading on the third lap from Guy Martin and Conor Cummins when the race had to be red flagged.

There were no immediate details on the rider's condition after the crash.

In the 125 race at the meeting which was being held as part of the Ulster Grand Prix's bike week, William Dunlop finished ahead of Sam Wilson and English rider Olie Linsdell.

Fermanagh native Johnston earned a double as he won the National and Challenge races.

Farquhar won the Supertwins races at the major North West 200 and Isle of Man TT meetings and he finished ahead of KMR team-mate Jamie Hamilton and another local man Adrian Archibald.

Johnston, who is now based in Hull, took the National race ahead of Dean Harrison and Russ Mountford and came in ahead of English duo Rob Barber and Harrison in the Challenge race.