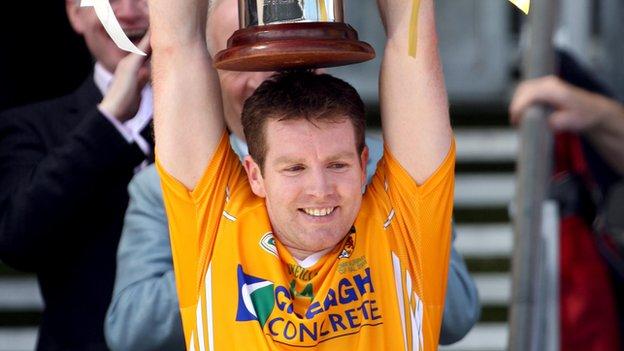 The Moneyglass player made his Ulster Championship debut in 1998 and has been a regular member of the Saffron line-up since then.

Brady helped Antrim reach the 2009 Ulster Final and his career included playing for Ulster and winning a Sigerson Cup medal with UUJ in 2001.

The forward, who captained Antrim to a Tommy Murphy Cup success, will continue to play for his club.