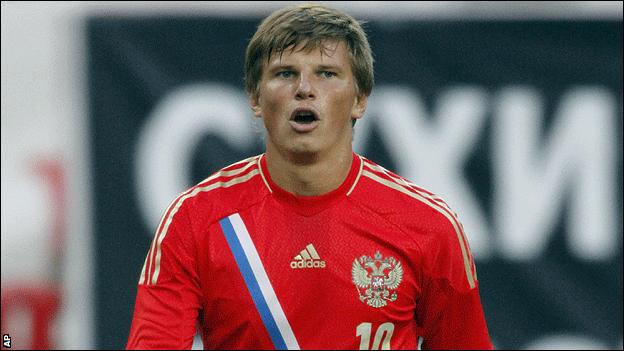 Northern Ireland will not face strikers Andrey Arshavin or Roman Pavlyuchenko in their opening World Cup qualifier against Russia on 7 September.

New coach Fabio Capello has left both out of his squad, along with Reading frontman Pavel Pogrebnyak.

Arshavin rejoined his former club Zenit St Petersburg on loan from Arsenal last February and was Russia's captain at the Euro 2012 tournament.

He played as a substitute in the recent friendly draw with the Ivory Coast.

Also out of the Northern Ireland match are winger Yuri Zhirkov and 36-year-old midfielder Sergei Semak who are injured.

Russia are away to Israel four days after playing Michael O'Neill's side in Moscow's Lokomotiv Stadium.