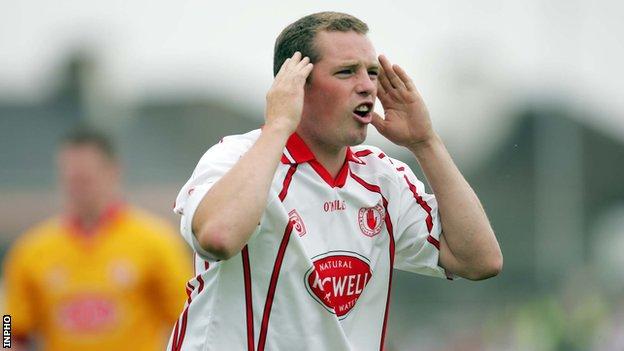 The Ardboe defender, who won All-Ireland titles at minor, U21 and senior level, has been invited by Mickey Harte to join his coaching staff.

It's understood he was introduced to the outgoing Tyrone senior football panel at a meeting on Monday night.

Devlin was centre half-back on Tyrone's first All-Ireland winning team in 2003. He was a panellist in 2005.

The 32-year-old managed Kildress to the Tyrone intermediate championship title last year and he had a successful playing career with Ardboe and Tyrone.

He won the All-Ireland minor title in 1998 as well as U21 titles in 2000 and 2001. He also won the Sam Maguire Cup twice, alongside many of current stars like Stephen O'Neill, Owen Mulligan, Sean Cavanagh and Conor Gormley.

Devlin becomes the third of Mickey Harte's former players to go into inter-county management within Tyrone, following Brian Dooher and Philip Jordan's involvement with the U21s.