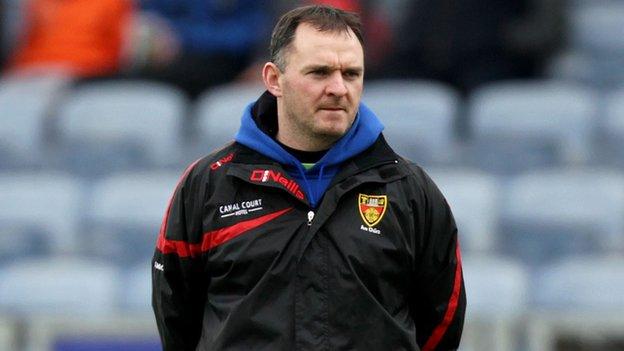 Down assistant boss Aidan O'Rourke is one of three candidates to succeed Eamonn McEneaney as Monaghan manager.

It is reported that Aidan O'Rourke's backroom team would include former Monaghan minor manager Bernie Murray if he got the Farney job.

A second round of interviews will be completed before an expected announcement this weekend.

McEneaney stepped down in July following the county's championship exit at the hands of Laois.

The former Louth boss took Monaghan to the Ulster semi-finals this year before losing to Down.