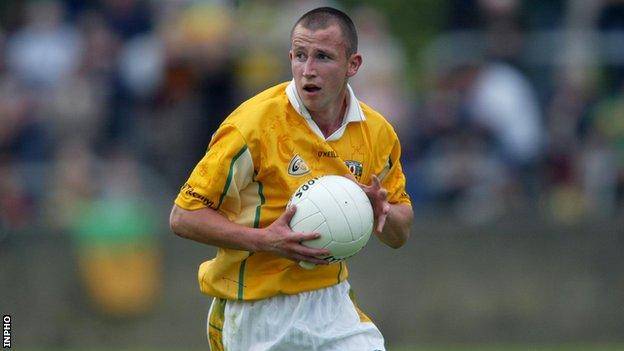 The former Saffron player had initially expressed an interest in replacing Liam Bradley, who quit the post recently after four years in charge.

However he now believes he is not ready for inter-county management and may opt to stay in charge of Derry club Loup for a third season.

Madden has backed his former Antrim team-mate Gearoid Adams to get the job.

Portglenone clubman Madden is the latest candidate to pull out of the race to take over as Antrim boss, with St Gall's former All-Ireland winning manager Lenny Harbinson opting out earlier this week.

"I think you know when it's your time and I honestly think at this stage of my career it's not my time," Madden told the Irish News.

"I still hope some day I will go on to manage Antrim and it would be an honour to do it. Hoepfully it's something that will happen in the future."