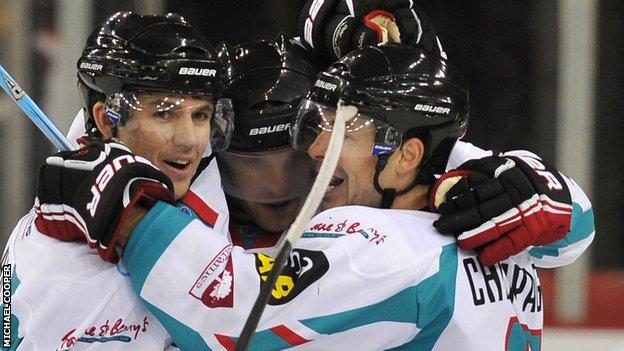 The Belfast Giants battled back from 4-1 down but lost in a shoot-out away to the Sheffield in the Elite League.

Scott Champagne pulled one back before the end of the second period and Noah Clarke and Sam Roberts netted for 4-4.

Craig Peacock and Champagne missed as Sheffield won the shoot-out to edge a 5-4 victory in Sunday's clash.

Legue and former Giants captain Colin Shields got the scores for the Steelers who are the early-season leaders in the Elite League.

The Giants are next in action on Thursday night when they are away to the Cardiff Devils.