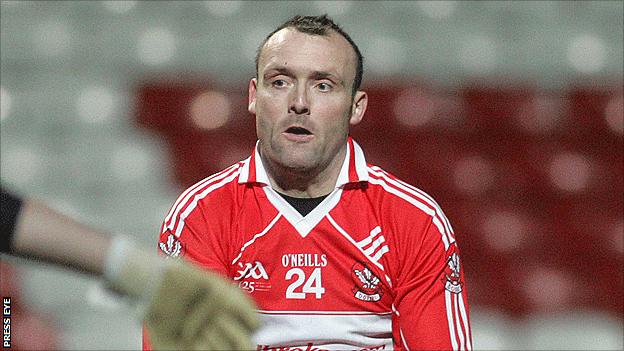 Paddy Bradley's Derry career could be over after the former All Star suffered his second cruciate ligament injury in 18 months.

The Glenullin forward sustained the injury to his left knee in club training last week and is set to undergo surgery next month.

Bradley suffered a cruciate injury to his right knee last year which caused him to miss the 2011 Championship.

The 31-year-old returned to action for Derry this season.

Bradley recently started a new job and the father of two has hinted that he might not be motivated to do the necessary rehab following his latest injury blow.