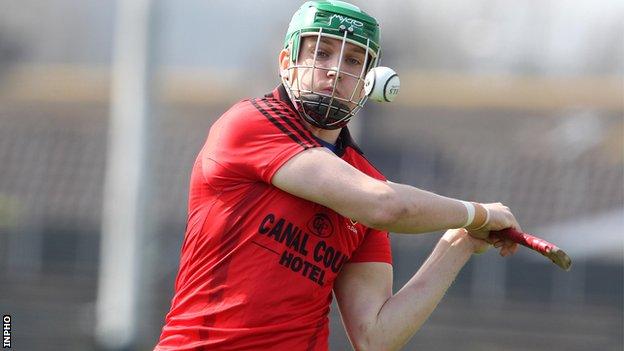 Loughgiel and Portaferry progressed to the Ulster Club Hurling final after comfortable wins on Sunday at Casement.

Portaferry hit the opening eight points with Braniff finishing with an 11-point haul and Ruairi Convery notching Swatragh's goal before being sent-off.

Sunday's opening semi-final was a niggly affair but there was no doubting Portaferry's superiority against a club playing in the Ulster Club Championship for the first time.

Portaferry hit their eight unanswered scores in the opening 19 minutes with Braniff's 10th-minute effort from play the pick of the bunch.

Convery's goal gave Swatragh a glimmer of hope after the restart but Portaferry reasserted control with five unanswered points.

Derry forward Convery received a straight red card in the 43rd minute after an off-the-ball incident in one of several moments of aggression in the contest.

In the second semi-final, Middletown stayed in touch early as two Ryan Gaffney frees left the scores 0-2 to 0-2 but Benny McCarry's four points from play helped the All-Ireland champions move into a 0-12 to 0-5 lead by the interval.

McCloskey kicked in Loughgiel's goal two minutes into the second half and it was largely one-way traffic for the remainder of the game.

The impressive McCarry completed a tally of 0-6 after two more efforts from play which complemented the scoring hauls of Watson and McCloskey.