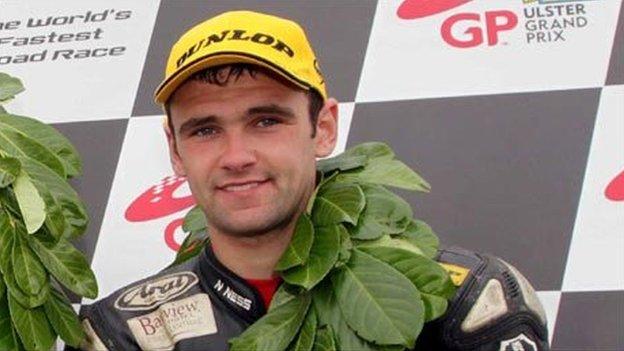 The Ballymoney rider secured the team's first international win at the North West 200 this year before adding an Ulster Grand Prix victory in August.

"It's just time to move on and try something new - I have a number of options at the moment, but nothing concrete," Dunlop told the News Letter.

"I'd like the chance to ride in the British Supersport class."

"There's no hard feelings and I left on good terms," added the 27-year-old.

"It's just a pity I was injured a lot this year when I was riding the Superbike because I think it could have been even better."

"In an ideal world I'd prefer to run my own team and build my own bikes, but that is probably going to be unlikely due to funding."