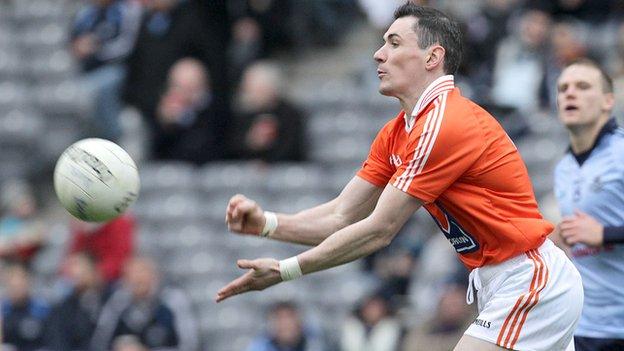 New Armagh football boss Paul Grimley has dropped 14 players in a clear-out of the 2012 championship panel.

Grimley told the Irish Independent that Armagh have been "drifting too long" and that "change is needed".

He added: "Some of the lads gone have been injured in recent seasons, others have lost form.

"In Andy Mallon's case, he's living in Dublin now, has a young family and he's a player we will probably revisit in February or March.

"I'll be willing to cut some of the younger players some slack - it will take time to blood some of them.

"But the older players won't have the same time , they need to step up."