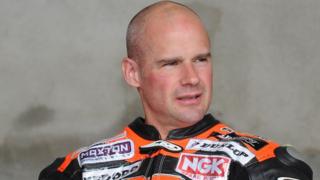 Ryan Farquhar is optimistic that his KMR Kawasaki team will have more North West 200 successes in 2013 despite his decision to end his own racing career.

Farquhar hopes that the outfit will have a three-strong team in the Supertwins event at the North West and KMR may also compete in the 600 and Superbike events.

Dungannon man Farquhar led home a one-two-three for his team in the Supertwins race at this year's North West 200 and also won the class at the Isle of Man TT.

However, Farquhar ended his riding career in September after the death of his uncle Trevor Ferguson and the Manx Grand Prix in the Isle of Man.