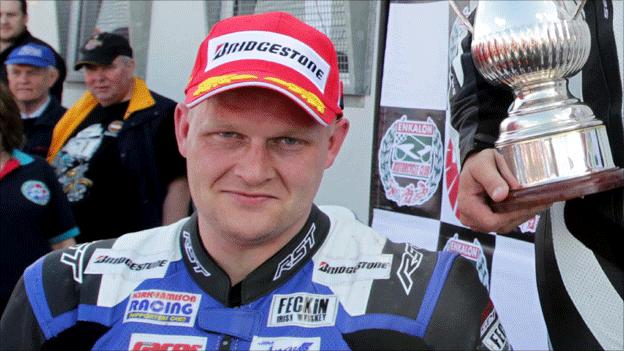 Former Irish Superbike champion Kirk Jamison has announced his retirement from motorcycle racing due to injury.

Jamison suffered five fractures and soft tissue bleeding of the spine, plus several collapsed discs, in a heavy crash at Croft in April.

He also dislocated his collarbone and sustained various soft tissue injuries to the pelvis, knee and ankle.

"I won't be walking away from the sport - I will continue to be involved in some capacity," said Jamison.

"I haven't lost any of my passion for the sport and was sorely tempted to make a return but decided it's time to think with my head instaed of my heart, for the good of my long term health, family and employment," he added.