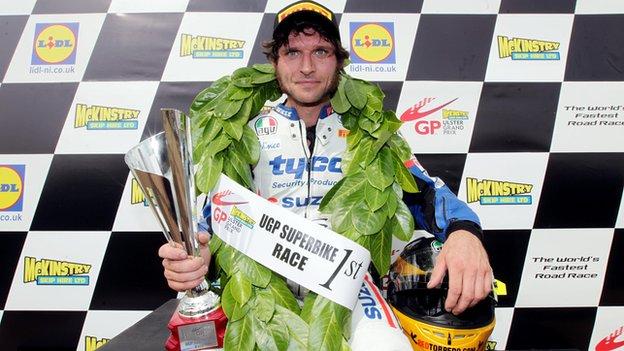 The 2013 Ulster Grand Prix is likely to take place a week later than in recent years because of a date clash with a British Superbike round at Oulton Park.

The main race day is set to be Saturday 17 August, with practicing three days earlier and the Dundrod 150 races being staged on Thursday 15 August.

"Our preferred date would have been a week earlier but we'll make do," said clerk-of-the-course Noel Johnston.

The date is subject to ratifictaion by the Motorycle Union of Ireland.

The proposed 17 August date will however clash with the start of practicing for the Manx Grand Prix and the provisional date for a round of the World Endurance championship at Oschersleben.

This year, the Honda Legends Endurance team, including John McGuinness and Cameron Donald, had to sit out the Dundrod showpiece because of a date clash, and a similar scenario now seems likely next year.